How to Piss Off the Soundguy

I've noticed a striking increase in crappy behavior towards sound folks lately.  Let's face it, there is plenty you can do to upset them.  But the one thing that needs to be stopped is musicians going out on the floor to judge the mix.  Some people take pride in their work and you jumping out on the floor to listen shows no confidence in the job the sound person is doing.  You might as well be hovering over their shoulder shouting spittle laced pointers, while putting your grubby hands all over their board.  It's that offensive.  You're probably a mediocre musician playing in a local joint, where everyone is super drunk just to get through the night you're about to give them.  The sound guy probably has more experience than you and probably has been working in the room you're playing many more times than you.  Stop it.  Be polite.  Maybe learn their name.  If you need something in the monitor than say what you need.  Also, if you're playing super loud, understand the PA won't always keep up with you in some places.  Don't pull the shitty rock star attitude with the sound guy.  It's your fault.

I've seen a recent string of these actions.  The last chick who pulled it had her shitty sounding Metal Zone blasting out of a 130 watt amp ear fucking me.  It's going to sound like shit no matter what sweetie.  Then she gets upset when the PA can't keep up with the amp.  Wouldn't want to miss a second of that guttural noise escaping your herpes riddled mouth.  It's been a week and I think the tinnitus in my ears has finally stopped.

Email ThisBlogThis!Share to TwitterShare to FacebookShare to Pinterest
Labels: piss off, Soundguy, soundman 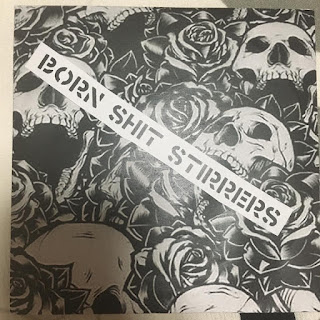 Continuing in our tradition as the "most hated band in Fukuoka" 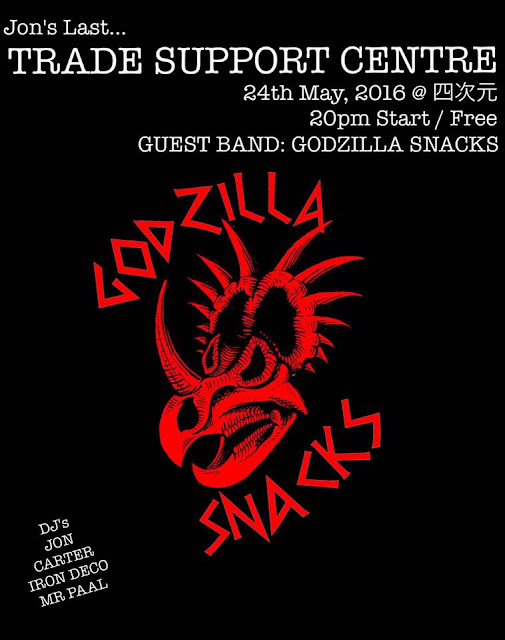 Continuing in our tradition as the "most hated band in Fukuoka." We're going in through the back door. Ironically we're playing at a place that won't let us play there. Jon's last Trade Support. There have been some good times there. But, the trade part has dwindled. People used to bring fresh veggies, records, clothes, tacos.... Well, who likes cigarette soaked veggies anyways? Place smells like death. Ok, gotta stop being angry and negative. Just another club owner acting dumb in a little podunk part of the world.  Carry no.

Our next show is Sunday May 22nd at Gigi.  It opens at 12:00pm, we are the first band at about 1:30.  This is Gigi's 10th anniversary.  The people of Gigi have been very nice to us and many other artists.  They have always given us and many others a chance to play for people without worrying about Noruma(pay to play).  Even when no other venue in Fukuoka would give us a chance they did.   They started the Time Market magazine for live listings.  Their doors are always open for musicians, photographers, poets, teachers, artists, and music lovers.  The food is pretty damn good too.  So, come out and raise a glass to the good people there.
次のライブは５月２２日（日）、場所は清川Gigiです。この日はGigiの１０周年記念イベントで、１２時からイベントスタートです。バンドとしては私 たちが最初で１時半からです。ご存知Gigiの人たちは超いい人たちばっかりで、私たちだけでなく多くのバンドがお世話になってきたと思います。ノルマな しのライブを提供してくれるレアで素敵な場所で、写真や詩なども含む、全ての芸術ファンをサポートしてくれてます。フードも充実してるので、是非！皆さん 足を運んでくださいーーー。一緒に１０周年、お祝いしましょー！ 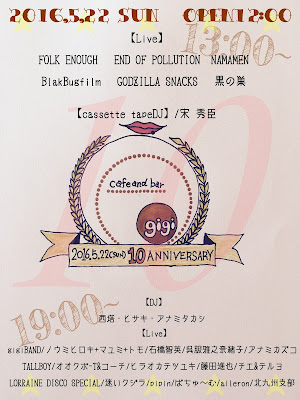