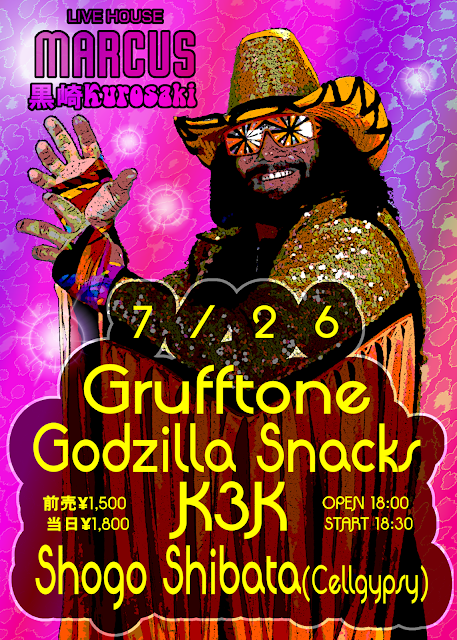 A busy summer, but I'm thankful I have anywhere to play considering my constant blowups about the situation here. Going to be back in Portland in August.  Salvador reunion?  A BIG maybe, but a maybe.  I've been practicing.  Godzilla Snacks has a show July 26th in Kurosaki, and we're going to play with Inoue  from Folk Enough, who is putting on an all-day festival Sept 21st at Utero.  Cheap and fun.  Looking forward to it. Folk Enough has played with some great bands like Sebadoh.  Also, I started playing bass in a band called "The MSGs".  We played a show last month, you can check that out here:
Solo acoustic show coming up as well.  Might play everything from Roky Erickson to Willie Nelson, and some originals I haven't recorded yet.   Still experimenting with live streaming.  So some of these shows might go live via the internet.  We'll see.  Can't wait to see everyone back in Portland!