Whats Going on and Changes to Come Part:2 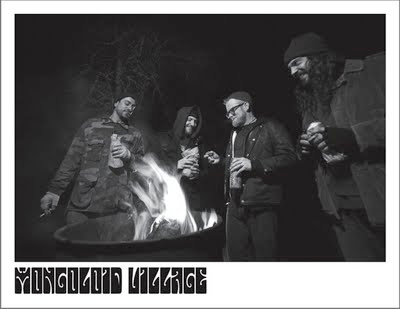 So this is it. As sad as it is for this to be my last show with Salvador, I couldn't have asked for a better bill to be a part of. Mongoloid Village and Rollie Fingers are two bands that I've had the pleasure of knowing, have toured with, collaborated with, and have considered friends of mine for the past few years. This has potential to be the most fun I've had at a show I've played in a while. This is for real. If you haven't seen me play before or would like to see me play again, or just want to see a real kick ass show, then this is probably your last chance. Well, with me involved in the near future. Oh, and Mongoloid Village and Rollie Fingers kind of kick ass in a major way too. 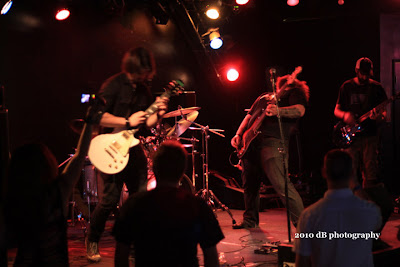 These are dudes who have paid their dues and then some. Yet, do this thing because they love what they do. I can't tell you how many times we've each schlepped our equipment or each others across bars up and down the west coast. Hell, just imagine the one man band carrying his drums, amps, and cabs to each show by himself from out his van. I get the sense that the same old romantic idea of a band on the road, traveling and blowing minds along the way is still alive and well. Especially in heavy music. There's still dudes and gals out there just making great music, not concerned about what others think. Kind of like they're riding a last frontier of sorts of integrity in music. The bands on this bill are no exception either. They are some of the best of the crop here in Portland. I myself, couldn't have asked for better band mates to go through all of this either. I've met a lot of really cool people and saw a lot of the country once again in the last few years together with my band mates. And it was a blast of debauchery the whole way there. I will miss it. 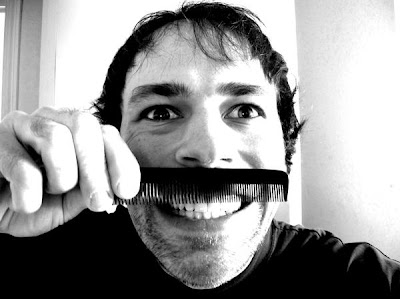 The one man band know as Rollie Fingers

So, here are the show details. Its Friday, August 5th at the Kenton Club off 2025 N Kilpatrick St., Portland, OR 97217 · Get Directions. Or just look for this Lumber Jack dude on the corner. 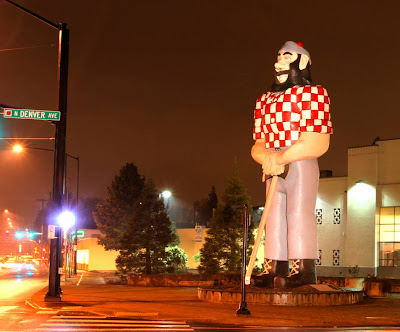 Here's an excerpt on the show in case you don't know what you're getting into.

The world's greatest one-man band Rollie Fingers returns to the stage, joined by Portland's most eclectic, dysfunctional, retard super-group Mongoloid Village and their sloppy drunk pals Salvador. The best part is it's FREE FREE FREE and within walking distance to several dark alleys.

Hope to see you there.
And on that note, just remember.
"Rock will never die, just its bands." 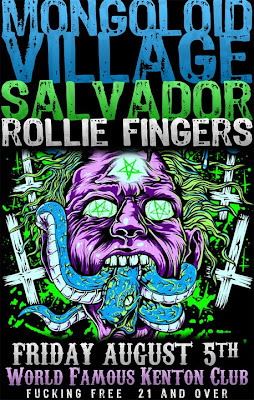