My Life as a Vagabond

I finally was able to catch up on some sleep after this last weeks tour. I already kind of miss the road. I’ve been getting the itch for the nomadic life for a while now, and this only gave me a taste of what I hope to more of in the future. I actually didn’t mind the desert, L.A. was a nice change of pace for me, and the Joshua Tree National park is something that inspires the mind. Kirk wrote a pretty good summary of the tour, so I thought I’d pass that along for your enjoyment.

1:00 a.m - turn back after Aaron realizes he forgot his anti-fungal vag medicine; I get upset then fall asleep sucking my thumb.

6:00 a.m - cross California border where they ask if we have any fruits in the car. Ryan replies to the guard "only me sweetie". 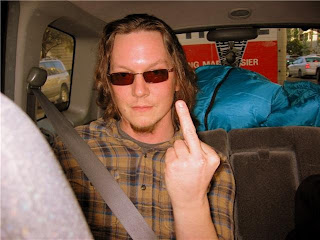 7:00 a.m. – get to Weed, California before we realize that no one brought a pipe. MacGyver one out of a red bull can.

2:30-6:00 p.m. - Ryan tries to get some z's while me and Aaron wander through the tenderloin admiring the hobo's yelling across the street at each other. Jameson bottle #1 is purchased. beers at Kimo's are drank before walking back to the hotel.

6:30 p.m. - get to Thee Parkside to load-in. Wayne meets us at the venue after flying in to SF. good thing his doctor wrote him an excuse letter although we aren’t sure that restless-leg-syndrome is a real affliction. talk to Jason and Rafa from Black Cobra for a bit. Shawn the promoter is rad as fuck and helps us load-in and secure a parking spot. 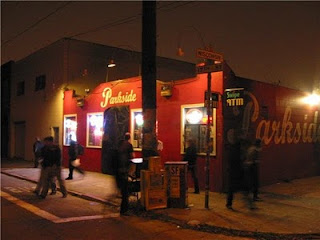 9:30 p.m.-1:00a.m. – I suspect that Aaron and Ryan are having hallucinations from lack of sleep and too much booze. Ryan and Wayne decide to walk back to the hotel (a couple miles away), leaving me to babysit Aaron who is giggling like a school-girl. The Gates of Slumber, Slough Feg & Black Cobra kick ass and the crowd is really good for a tuesday night. we talk about how Mike Scalzi is the best frontman we have ever seen on the way home.

9:00 a.m. – get back to the hotel and promptly pour some Jameson in my coffee and watch muted telemundo while the others sleep.

11:00 a.m. – check out of hotel. we decide to head towards the beach and end up taking a nice nature hike to kill time before we head towards Oakland. 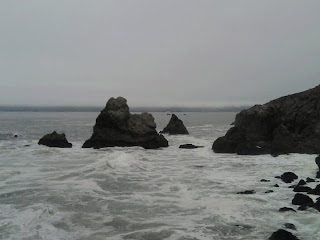 2:30 p.m. – enter downtown oakland expecting a war-zone. we are pleasantly surprised when oakland is actually nicer than SF. so much for stereotypes. Wayne checks into his hotel where we promptly stink up his room with two-day old dirty socks and other pungent stenches. shower. I put on a thoughtful face then pass out in the corner. 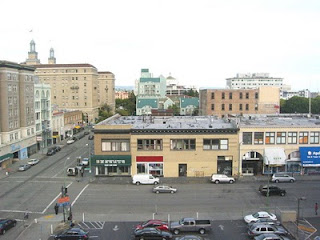 5:00 p.m. – Wayne analyzes the bible in the hotel room. We flip through Revelations for lyric ideas for the next record. 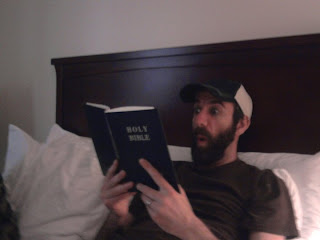 8:00 p.m. – get to Stork Club. cool little venue with a lot of character. unfortunately there seems to be no food around this part of town. Wayne & I wander into a Korean market that has some bizarre edible sea creatures in it…still hungry. 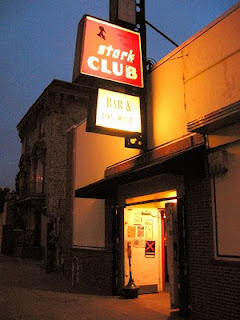 11:00 p.m-2:00 a.m. – hang out with old friends Jason and Johann and meet some rad new folks as well. Oakland weed is good and exacerbates my mild drunkenness. the bands are all really rad. 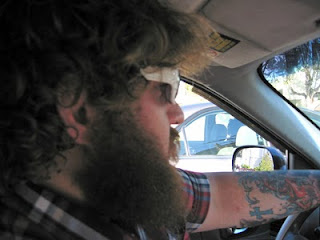 2 p.m. – enter the valley as it starts to heat up. with no a/c in the truck we all decide to pull over and put our bathing suits on. Ryan is already complaining that his fair skin is sizzling and reminds us that he was meant to live in a bog in northern Ireland. This part of California is a dry, deserted place and seems to go on forever. 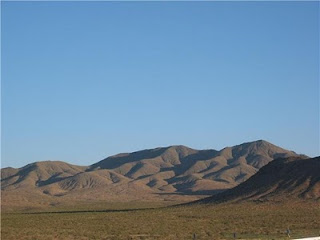 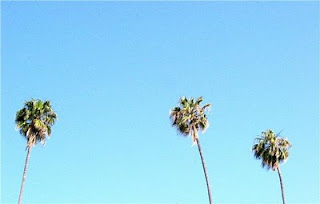 4:30 p.m. – pass over the grapevine into LA. surprisingly the weather cools down and is mild, although the smog is so thick you don’t even have to smoke cigarettes to get your poison for the day. 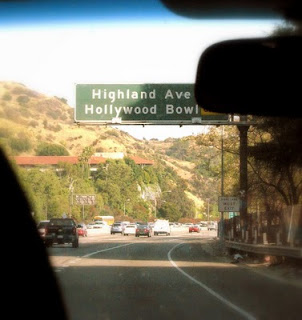 5:30 p.m. – check into hotel and take much needed showers. Admire the bar and grill across the abandoned dirt lot from our hotel called “The Happy Ending”. Listen to a recording of our set from the night before. I sound like a stuck pig and the drums sound like Quiet Riot. 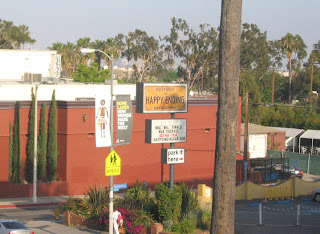 7:30 p.m. – head towards the venue. not realizing we are on Hollywood Blvd. we run into the A-Team movie premier and a traffic clusterfuck. jokes about Mr. T and penises exchanged. I spot the “7up guy” and Aaron insists he spots “Bad Guy #4” from Lethal Weapon walking along the street. 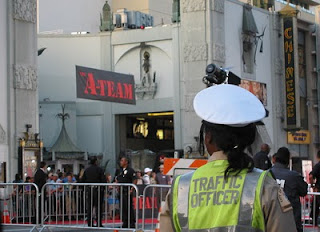 8:00 p.m. – arrive at The Relax Bar. Dan, Ryan, Ricky & Phil from Earsplitters greet us in the parking lot and help load our gear in. meet Eddie Solis from It’s Casual who books the venue; super nice fellow. stage is small but inviting and beers are $6. unfortunately, we find out it doesn’t have a full bar and ryan starts to get the shakes.

8:30 p.m. – Jameson bottle #2 is purchased by our new friend Ryan Earsplitters at the local Rite-Aid. I lament that Portland should also sell hard liquor at the local convenience store. We decide the best place to hide it is in the back corner of the parking lot next to some bum poo. I drink a $6 MGD, fill the bottle with Jameson and start passing it around. 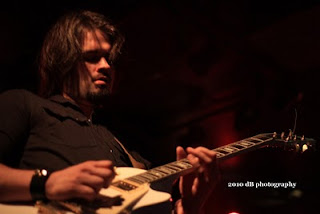 11:30 p.m-2:00 a.m. – meet some more awesome folks. bands are all really good again. Phil, part of the Earsplitters co-op is starting to make no sense and we get the impression he might be blackout drunk. He disappears and passes out next to Dan’s car.

12 p.m. – get on the road towards Vegas. The Mojave is unforgiving and gives us all farmers tans. It also doesn’t help that wayne rarely goes over 65 mph when he drives. 111 degrees.

5:00 p.m. – arrive in Vegas just in time for rush hour. still 111 degrees. hot enough that every breath you take feels like you are being suffocated. fuck my car for the a/c not working.

6:00 p.m. – check into Fiesta Casino, not too far from the venue. we immediately head for the pool. 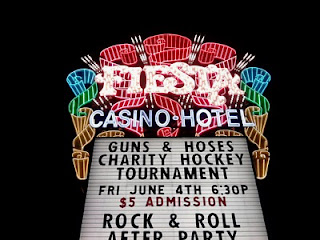 7:30 p.m. – get dinner at the “award-winning” mexican restaurant inside the casino. It is immediately clear that this “award” is for shittiness and the magazine which gave the “award” is owned by the casino. I complain to the manager. meal comped.

9:00 p.m.-2 a.m. – meandered around the casino losing $20 at blackjack in about 2 minutes flat. Me and Ryan polished off the bottle of Bushmill’s quickly. Meet up with Wayne and his brother Chuck who flew in from Boston. many weak drinks later, me and Ryan wander back to the Fiesto where “Guns n’ Hoses” is playing. worst tribute band name ever.

2:30 a.m. – run into some nice folks that are going to the Doom in June fest the next day. Go up to there room and smoke out and shoot the shit for a minute.

12:30 a.m. – head to venue for load-in at 1. hot as a motherfucker. venue reminds me of a venue I played at long ago who’s name eludes me. we are using a shared backline which poses a lot of problems for us. 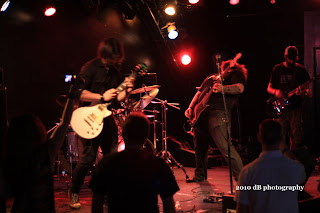 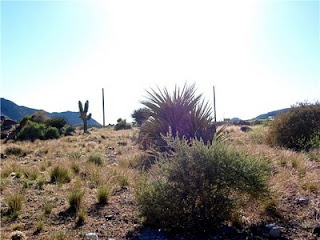 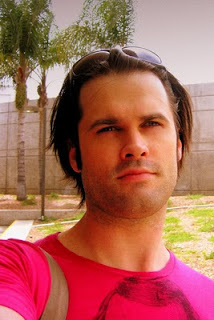